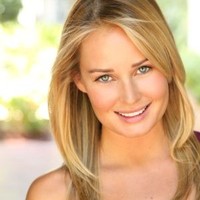 Bentley Stingley is a American born, actress and model. Who got her career start in Los Angeles, California. She started out in theater at a very young age with her local church and high school. That’s when she found her passion for acting in industry. She has since been on Network TV and in the independent film space in the united states.

Amber played famous socialite Paris Hilton in both the youtube hit music video “Paris in Jail” and the made-for-TV movie “Paparazzi Princess: The Paris Hilton Story.” Moreover, Hay not only has small roles in a handful of films that include “Beerfest,” “Surfer Dude,” “Hell Ride,” and “Still Waiting,” but also has made guest appearances on episodes of such TV shows as “Dirt,” “Hawaii,” “Reno 911,” “Entourage,” “Beyond the Break,” and “The Client List.” She lives in Los Angeles, California. An avid water sportswomen, Amber is also a certified hot yoga teacher as well as pursuing a career in TV and Film.