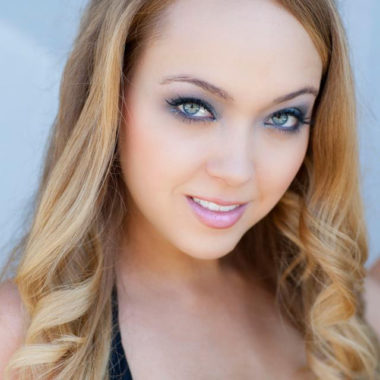 As a dedicated hard worker Sarah has put her all into progressing her career. Sarah proudly started pursuing her dreams in 2010. From there Sarah has truly spread her wings to make it where she is today. Sarah was welcomed into SAG-AFTRA in November of 2013 where she will continue to accomplish her many goals.

Sarah has since worked in many different films and TV series. She took roles in popular shows like Fox’s hit comedy Brooklyn 99 as well as MTV’s drama, Awkward. Sarah’s success in television didn’t stop there as she was also cast as a bikini model in an Axe commercial. Along with many other accomplishments in the field, Sarah has also been in numerous music videos for major artists.

TV hasn’t been Sarah’s only rout to success in acting. She also focuses attention on film. She was quick to pick up the role of a lawless criminal in Cuba Gooding Jr’s Summoned and acted as a stand-in for the popular horror flick, Smiley.

Aside from acting Sarah has found love in modeling. Sarah was born to be in front of the camera whether it be for film or TV or posing for magazines. She has modeled for a number of alcohol brands, Playboy golf and Bebe 2B lost in Sexy spring campaign. Modeling is a true passion in which Sarah continually grows.

Aside from Sarah’s many accomplishments with her career she enjoys staying home and relaxing with video games. Sarah is also fascinated with cooking and baking. When she has down time she spends it with her two favorite hobbies video games or cooking!

Sarah takes a positive outlook on life. This happy girl loves to laugh and won’t live a day without making someone else do the same. With a joyous heart, Sarah’s day is not fulfilled without comedy. Even though she loves happiness more than anything Sarah isn’t afraid to get out there and make her dreams a reality. Each day she knows it’s another opportunity for her to reach for the stars

3 Words To Describe Me: