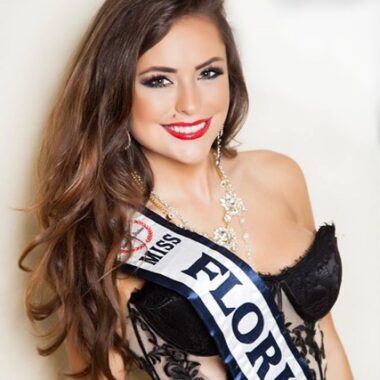 Tia McDonald is a globe-trotting, runway-walking, beach-loving gal who can’t resist adventure. She was previously Miss Florida US, and has raised more than $150,000 and given five cars to families in need; being awarded the youngest person to win the President’s Bronze, Silver and Gold community service award. Despite only being 167cm, Tia’s continued to push through the glass ceiling on body standards and has walked in shows in Cannes Film Festival all the way to New York Fashion week, and going on 10 years at Miami Swimweek with Seafolly Australia.

“Tia, your success is a testament to your dedication and commitment,
and you have no doubt inspired others through your accomplishments.” – First Lady, Michelle Obama

The thing I love most about modeling is having the ability to enrich my life with friendships & culture… To this date, it has taken me to more than 30 countries including; The Virgin Islands, Canada, Bahamas, Mexico, D.R., Jamaica, England, France, Spain, Italy, Greece, Japan, China, Thailand, Tahiti, Australia; Among many other countries, as I thrive to build more relationships around the world.

– June 2017, Lovely Lady of the Day in Sports Illustrated

– Individually organized fundraisers acquiring more than $150,000, not including the 5 cars funded for people with special needs

– Executive Producer of “Shining S.T.A.R.S” pageant for special needs population for the past 12 years, (founded at 10 years old). The pageant is free & allows every contestant to win a crown & large bag of gifts, with hair & makeup provided

– Organized a cheerleading team in New Smyrna Beach, Fla. that won 1st place at state, in just two weeks for girls who are in need