Jaydn was born in Bismarck, ND but moved to Sacramento as a baby. She started classical ballet training at three years old and continued to dance for eleven years. At fourteen years old she was signed by the top modeling agency in San Francisco and traded in her pointe shoes for headshots. She immediately booked various print jobs for department stores including Macy’s, Mervyn’s and Gottschalks. Committed to taking her modeling career to the next level, Jaydn moved to Los Angeles as soon as she turned 18. Since then she’s been the face of various print campaigns for beauty companies, starred in commercials, walked in international runway shows, shot look books for clothing companies, and done parts modeling for the biggest shoe brands. In addition to modeling, Jaydn loves theatre and acting. She’s completed advanced theatrical courses and has had featured roles in both film and television. In her free time, Jaydn is a self-proclaimed foodie who loves to cook up her own creations, explore new restaurants and host self-catered dinner parties for friends. 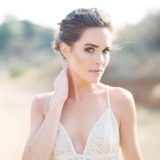