Jennalyn Ponraj began professionally acting at nine years old and began studio recording at age 13. At the end of 2014 she self released her first single, “Waiting.” A successful Kickstarter project soon followed, scheduling her EP “Dayton” for Valentine’s Day of that year. Following the release, Ponraj took a break to return to acting. In the summer of 2016 she had a stint with modeling; this turned into her main gig in the following months. A year from the release of her debut, she dropped her sophomore EP “The Emerald City.” This was met with mostly positive feedback and garnered a few appearances in indie blog features and podcasts, with the lead single of the record being “The Ocean.” In the fall of 2017 she announced “Smoke” which landed on iTunes in time for Halloween. At age 18 she relocated to LA to pursue film further.

Member of The Recording Academy, Lead in the newest Fujifilm commerical, was emancipated at age 17 and moved to NYC for acting and modeling before relocating to LA at age 18, first record on iTunes at age 13, lead in Stephanie Knaack’s play: Seclusion in Seattle. 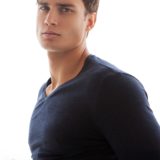