I grew up all of my life Acting and Performing. In 2012, I completed a 2 year Meisner Conservatory program at Elizabeth Mestnik Acting Studio. After completing my training I was the lead in the web series “Wait Crimes” which won Best Web Series at IFS Film Festival for 2017. Its very important for me to continue my training to ultimately become a working Actress. I have studied at Ivana Chubbuck Studio as well as Killians workshop. I am very excited for 2019 and all the new opportunities that are to come. 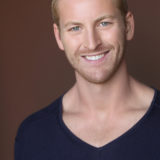 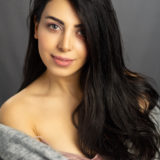