Joan was born and raised in Russia. After studying in University she used to work in retail clothing sales. In a few years of consistent work she became a store manager. Working at the store she was inspired by the power of wardrobe styling and decided to pursue creative career. She graduated cosmetology school where she discovered passion to hairstyling and beauty industry. Joan began modeling for different hair brands by accident and then her modeling career bloomed. After modeling for music videos and commercials Joan pursued acting career as an extra. She shortly was noticed by many casting directors and was given multiple featured roles. Joan was invited to join SAG in summer 2018.
Joan has reputation of well mannered punctual reliable talent who is capable of working hard and consistent. She has wide range of interests and working a lot on learning and mastering her skills.

Joan does beauty, hair, hand modeling, hair shows, music videos. She is on the cover of American Salon Magazine October 2017, Pump 4th Anniversary edition December 2017, and Look Book Toni&Guy October 2016.
Joan is on the window banner of a high-end jewelry store on Rodeo Drive and on the banners of Toni&Guy Academies. 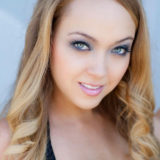 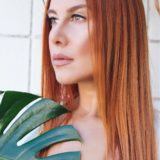