Starting at a young age, Pamela discovered a taste for the limelight on a TV show, and as they say, the rest is history. While balancing education with acting and singing through her high school and college years, Miss Noble found success in movies, national commercials, and singing at venues like the famous House of Blues in Hollywood, CA. Pamela also had a recurring role on Fuel TV’s The Daily Habit Show. After a make-up artist suggested she try modeling, Pamela did one photo shoot and a new passion cultivated entirely. Miss Noble has been featured in multiple ad campaigns, which include Sullen Clothing, O’Neal MX, Skin Industries, FHM, Maxim, Sportillustrated.com, Fresh Peaches Swimwear, and the Mixed Martial Arts clothing companies TAPOUT and Jaco. Pamela Jean Noble has an in- depth background in the MMA world and industry along with a Bachelor of Science Degree in Kinesiology from California State University San Bernardino. Pamela has been featured in numerous MMA magazines including Fighter’s Only International, MMA Worldwide, MMA Uncaged, and TAPOUT Magazine.
In addition to being a ring card girl for several fight companies nationwide, Miss Noble has also conducted interviews with MMA fighters and personalities on the red carpet at the annual MMA Awards. One media outlet described Pamela Jean Noble as “driven, beautiful, and intelligent with a personality to match.”
Her drive in the fitness industry has just begun. Pamela has already been featured in the well-known magazine Fitness Gurls. “I’m sure we can expect to see her take over this industry as she has in all the others.” In 2013 and 2015 Pamela was named BFM Magazine’s Model of the Year, 3rd Place for the 2014 Fitness Gurl Magazines Physique of the Year and was crowned Miss West Coast Hooters 2014. 2015 started off with a bang, winning 1st Runner Up Physique of the Year for Fitness Gurls Magazine, coming in a number 9 in the Hot 100, and being chosen to be on Bravo’s hit tv show Below Deck and Below Deck Mediterranean. She also filmed for Beach Body&#39;s Show “The 20’s”, Fox hit show “Leathal Weapon”, Hulu original series “Future Man”, and a new show aired this fall on CMT “Bachlorette Weekend”. This lady seems to have done it all who knows what else her career holds? 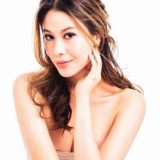